Hello! It's good to meet you all, some of you have seen me on Discord but I imagine that's probably not too many. I'm Regris and I'm handling the PR and Marketing aspect for Wolf and Cres so they can focus more on what they're the best at.

Anyways, today I want to discuss that survey that we had going for a while now. There was a much larger response than we thought we'd get, topping out at a total of 327 respondents! Of them, about 120 of you were willing to put a name to your results, which wasn't necessary but thank you for taking your time to do this survey! 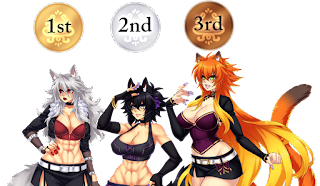 In regards to the "Who are your top three", it's no surprise, but the top three are also the heroines of the Deathblight RPG. Personally, I wanted to see Esmoda a bit higher but I'm sure she'll have her time to shine! 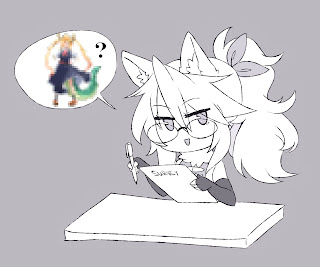 The next few questions were a bit more interesting in terms of results. While a lot of themes were asked for, many of which will be presented in the story (or games) of Deathblight in one way or another, there seems to have been an overwhemling demand for dragongirls? We have our theories, but we think a certin maid dragon might be responsible for the abundance of responses asking for it.

The question about what appeals to you most got a good slew of interesting responses. People talking both about game designs or their fetishes were very passionate about it, which is natural considering the territory. I think it's kind of a cart before the horse problem, but it's really no surprise that people who like specific fetishes that the Deathblight series is known for come to this series for basically exactly that. People who're into girls with abs, we're here for you.

Following that we had a question in regards to what genre people prefer their adult games to be in. RPG seemed to be the overall winning combination. I feel that there's a lot of adequate pauses in a RPG for people to ah, fully enjoy the work presented to them, so that makes sense. Following that I would say there was a roughly equal call for visual novels and action games. The one I didn't quite understand is uh, someone submitted 3rd person FPS as a genre and, while I know about H Doom I just can't really see how that'd work out for an adult game. (Gears of Wank??)

For the last question, this was mostly a curiosity on our part. There was a lot of mentions of pretty well-known Western game devs like Kyrieru, Hreinn Games (Sierra Lee), and Fenoxo. And as well some very accomplished Japanese devs like Hatahata (UnHolY series), D-Lis (Bullet Requiem), and Nekonomeme (LAB series). What I got out of this is that you all have good taste, but on a more serious note a lot of these devs are people we look up to as well, so I'm glad we're all in this together.

As of writing this, we're seeing the end of Dark Alley Elf's development cycle, a game I know a lot of you are looking forward to. With polls like this we can keep a good eye on what you all, the fans, want to see, and a good bit of insight on what people are interested in with broader strokes and how well that aligns with what we want to go going forward. So thank you all again, everyone who participated in this little poll, and I hope you'll all keep sticking with us for the long run. Until next time!