Well, I guess I get directly to the point.
My family kicked me out, and I have to leave this weekend, since they think I only do worthless stuff all the time.
So I'm currently looking for a small appartment, as well as a job, since Paperheads was a major failure.

It's not just the pricing of the game on DLSite, it's the game in general.
On the last vote it only run for about 75% of all fans, which is in my oppinion, a big failure.
And this is only one of many critical points, that one can mention about the game.
(I mainly mention it, since everyone can easily see it for themselves)
But we worked too long on this already, and so it's been a forced release (despite the problems), instead of canceling it and letting it disappear into the shadows of the internet.

And nope, the boss doesn't want to lower the price, since it will be a slap into the face for those people who already buyed it, and we really appreciate the support of those people.
But yes, the price is too high, as well as the time spent on it, and everything else...
(well, it was a big failure, as I already mentioned)

Looking back at the whole project, it didn't start out too well either, and we did lots of mistakes here and there along the process.
Well, it was our first game after all, and we learned of the mistakes we made.
Of course we will not repeat them.

Here you can see some screenshots of the current "prototype" and of a CG scene: 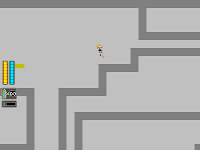 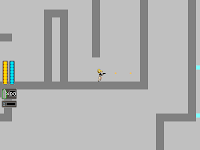 In case you like what you see, and you want to support us, we are happy if you donate us a small amount of money.
Eventually, we will be able to gather enough money to be able to finish the game we are currently working on.
Otherwise we have to give up on it for the time being, until we get another chance to work on it.
Since without donations, we are forced to pick a regular full-time job in order to be able to continue to live on.


Last but not least, we want to thank all the people who bought Paperheads, or donated money.
Your support really means a lot to us, thank you very much!

But one thing (besides 'death') is certain: I'll be back!

It's finally out now on DLSite.

Here is the link to the game:

In case you encounter any troubles starting the game up, place it into C:\Paperheads, or a similar directory (D:\Paperheads, E:\Paperheads etc.).
Also you should make sure, that your drivers etc. are up to date.
Of course you should try out the demo version, before buying the game, to make sure that it runs on your system.

If you're looking for the english patch, you can get it here:
[English Patch]

And the uncensor patch is here:
[Uncensor CG]

Beware though, that the uncensor patch contains all CG's in a folder.
(even the deleted ones!)
So if you don't want to get spoilered, don't look into the CG folder.

How to apply both patches:
Just place both file contents into the "Paperheads" directory.
Overwrite all existing files, and it should work. 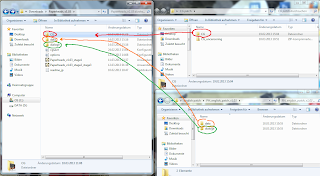 Thanks for the help! + some thoughts on the next game

First of all, we want to thank all of you for your support and cooperation.
And especially I want to thank Kyrieru for his advice and help, without him I wouldn't have been able to fix this.

The game is now being reviewed by Curious Factory (or DLSite?) once again, and I hope it passes this time.
Anyway, as soon as this happens, I'll post the news on this blog of course.


But lets get to a new topic:
I always mentioned, that we don't want to invest more time (and money) into Paperheads.
So everyone who thinks about this statement can easily guess that we will be working on something new.
(while occassionally fixing stuff on the Paperheads game)

Budget wise, there is no budget currently...
Which means, yes, we can't pay for music or other stuff right now.
And so far, it will all depend on the sales of our last game (Paperheads).

We planned it out as a 2 months project (with the possibility of it taking 3 months, but not more than this).
So if we assume that Paperheads doesn't go on sale, I'm going to have to look for a job.
This would mean that the game won't be finished in 2 months, but well, the ammount of work is still aproximately 2 months full-time, it doesn't get more work, it just gets delayed quite a bit.


What we planned for this 2 month project:
- platformer based gameplay
- strong focus on good and fun gameplay
- graphics in pixel art (small graphics)
- one heroine
- 11 enemy types (all different ones)
- 4 bosses
- 4 stages
- 15 CG scenes with several pictures each, as well as text and backgrounds
(so it's definitely a lot more than 15 CG pictures, and it has story this time)


These things are optional:
- voice for the heroine
- sound effects
- music
(all depending on budget)


I don't think that we will apply grabs to this game, but in case we do, it will be different than in Paperheads, I don't want to make it too complicated anymore.
And it shouldn't slow down the gameplay, this time the game should be fast.
(so yes, the heroine you can play is actually quite fast)
At any rate, we might not contain any hentai sprite animations in this game.
Yes, I know that lot's of people like them, but the budget for this game is really tight (well, even "tight" is pretty optimistic, considering the fact that it's pretty much non existent right now), the graphics are really small, and we decided that it's best to skip them this time because the game should be done in 2-3 months.


There isn't much to show yet, but as soon as we get enough stuff together, I'll do a blogpost.
But I think this will be not earlier than 2-3 weeks from now on.
(well, we just started the "real" work this week, the last weeks we planned, learned to do pixel art, etc.)

So yes, the upcomming blogpost will hopefully be finally the release of "Paperheads".
Lets all hope that it will get trough this time.


P.S:
No the next game won't be a game with our wolfgirls, because I want both of them to be playable in a game.
(we will have only one playable heroine in the next game, so it's going to be someone else)
But maybe it will be their turn in the 3rd or 4th game we make?
(depends on budget, since a game with 2 heroines means twice the work, especially on the CG's)

Posted by Wolfenstahl at 3:46 PM 6 comments:

Thanks to Kyrieru I was able to improve the game a bit more.
It uses up even less GB Ram now, so the system requirements should be as follows:

(sorry, but there is still just only one file-hosting service to download from, I'll chose another one in the upcoming days)

The game itself now uses up 1 GB Ram to 1,3 GB Ram for me, depending on the OS and the computer/notebook I start it up on.

I also hope that the further reduction in RAM usage fixes the problem that a lot of people had with their Nvidia graphics cards.
I can't test it myself, because I just have ATI cards.
(or older Nvidia cards)
And I don't know what exactly causes this problem with the newer Nvidia cards...

So please vote at the new poll, if it now works for you, or if you still get errors.
Thank you very much!

Known issues:
- the game doesn't run on computers with Nvidia GT and GTX-series
(please post a comment, if this issue has been fixed)

That's why we need your help!
I opened up a vote, and I want to know for how many people the game runs fine.
(please only vote if you fulfill the system requirements)
So either I find someone to co-op with to solve this issue, or in case (nearly) noone has any issue at all, I can tell DLSite that they should just put it finally on sale.

The more people vote, the better it is.

In case you can't download the game, please vote at the appropriate option.
(I've edited the vote once, so it's reseted now, sorry for the inconvinience)
And it would be great, if you would write into the comments what issue you had.
Thank you very much.


Here is the old version, for anyone who wants to try it out too:
[Old Trial ver1.0 eng]
(don't vote for this one! only for the new one)

We decided to delete the old version here, to avoid confusion.
(it will be placed into the download section of the blog)


The system requirements are as follows:

There is a chance that the game runs on weaker systems, but I wouldn't bet on it.

Have fun testing, and please don't forget to vote!