Plans for the game

This will probably be a longer post, but I'll try to keep it as short as possible and post more frequently.
So... yeah... most likely I'll spare some details and do a new post in the upcoming days.
(just so you know)

First of all:
Thanks for everyone who gave their votes!
I think I'll tell you what I had on my mind, but I still let the voting go on til the end.

It's a bit ironic to see Ferania and Catheline on 1st and 2nd place...
Since... yeah... I thought about choosing them.

It's safe to say that Ferania is the heroine of the new game.
With a possibility of Catheline being another playable character.
You might wonder about the word "possibility" there?
Well... it depends... on a lot of stuff...
(I'll cover that in another post, sometime)


We're still in the planning phase, but I'm happy that I've resolved the biggest issue thanks to Kyrieru.
(Thank you very very much once again! ^^)
Though this time it's a bit more of a coincidence.
(still it's thanks to him!)

I'm not sure if I mentioned this on the blog before, but I really like "randomness" in games.
When developing a game with a lot of random factors, you never know what happens next.
And thus, even I as developer can have fun with the game, being surprised by events etc.
It also expands the replayability a lot, I think.
(well, it depends on the game of course... but... I'll try to NOT talk too much about it now, so lets leave it like that)

The biggest issue with this is:
How to randomize something without confusing people?

And yes... that can be complicated.
At first I thought about making a static city, placing events, enemies, keys (to unlock new areas etc.) and other stuff randomly into the game.
But that would certainly be too confusing to some players.
I was about to give up and do a regular "linear" platformer, when I read Kyrierus post about rogue-lites.
And when he mentioned the game "FTL", I kinda... well...
I felt dumb, since I play FTL a lot myself... lol...
But that's simply the answer!

If I do something similar to the FTL "randomization", which means, if I have a big map with several "points" (locations) you can visit, and those locations are connected with other locations... and each having a different event going on in them...
Well, that way I would have a lot of randomization without confusing the player.
I could go into the details... but I feel that this post is getting long enough already.

So, other than those "locations" you can visit, that are different (randomly/procedurally generated) each playthrough.
Other than that, the game will be a simple 2D sidescrolling (platformer?) fighting game.

Usually the heroine will be fighting hordes of enemies in each location.
After "clearing" one place, she gets money and maybe some upgrades or new skills (randomly) etc.
And you can spend that money at "safe zones" for healing your HP or buying upgrades.
At least that's the idea, I still need to plan it out in detail, but I believe we can start working on the game next week.
(too much to do this week)


Anyway, that's the rough plan for the game, I'll stop here.
More details tomorrow or the day after tomorrow.
Posted by Wolfenstahl at 3:27 PM 1 comment:

Which heroine to pick?

In the last post I presented a sketch of a "possible" new heroine.
Well, Cres and I were talking the past days about several different possible characters.

One thing we're certain is:
The new heroine should be a kemonomimi.

Which means:
Wolfgirl, Catgirl or even a Dragongirl (or some other animal-girl).
(just for those people who don't know the differences: unlike furries, they have less fur, and look more like humans, except with animal ears, tails etc.)

We haven't settled on a heroine yet, but we do have our favorites.
In the end, it's personal preference which kemonomimi type you like most,
as well as which heroine you would pick, there isn't any particular up or downside to it.

Of course it's most likely that we will choose the heroine by ourselves,
instead of listening to what others say.
(because well... I guess nearly everyone would like a different heroine)

BUT! Since I'm curious, I'm going to ask you guys (and girls) anyway:
Which heroine would you pick?
(you can give multiple votes, if you like more than one)


To make the decision a bit easier, I'll present you a few possible candidates:

Here is a better drawing with her, but she will get different clothes if we decide to put her in the game: The designs can still change a bit.
Some of the above drawings are just sketches, and yes, Chiira doesn't suit wearing a skirt.

After months of silence, we decided to return with a new game.
Yes, a new game... which means, Geisterhand is (at least for the time being) still on hiatus.
(probably even forever? but  who knows...)

First of all a short explanation for everyone who's curious as to why Geisterhand is on hiatus:

Simply said, adding the hentai-sprite animations made it necessary to change too many things on the already existing game, furthermore the translation process and the implementation of the text was too tiresome...
And yeah, while those are just a few reasons, I think that they are the most important ones.

Well, we haven't worked on the game for the past 6 months or so, so it's kinda difficult to pick it up.
(Cres improved her drawing skills as well, so there would be another big difference in the quality, which kinda... leaves a weird impression, at least if we continue the work, and the new stuff looks way better than the old stuff)


So, what about the new game?

Instead of presenting you a wall of text in this post,
I thought it would be better to do several smaller posts in the upcoming days.
So stay tuned!

One more thing though... 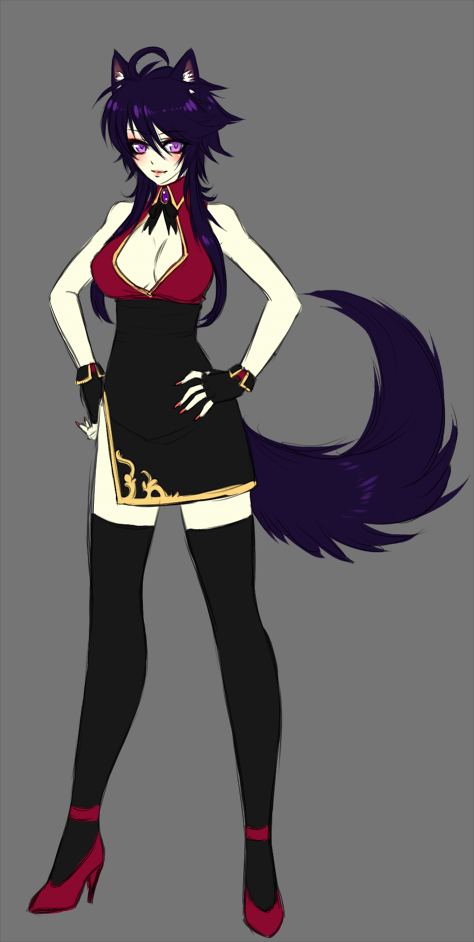 Posted by Wolfenstahl at 3:40 PM 8 comments: