I figured it would be a good idea to tell you guys and girls what we're up to.
Yeah, we're about to do a new game, and set the game with the kemonomimis (Ferania and the others) aside for now.


The reason for this is simple:

The game with Ferania is too big, and there are too many unknown things that we would have to test and explore first. Because of Crescentias arm injury we were not able to test if animated CGs really work out for what we had in mind.
And there's still some other stuff that makes this whole project pretty much a risk, as we don't know how long it actually takes or if it works out in the end.

After ~4 months of not working on any game, we're starting with a new, smaller game project first.
We should be able to deliver this game way faster than the game with Ferania, that's why we're doing it.

which is, without a doubt, a lot less work to complete.

I think nearly everyone can understand that this game should be way faster to make, by looking at those numbers alone.
(and yeah, I tend to be stubborn when it comes down to sticking to the plan, which sometimes isn't that good, but it prevents me from adding more and more content that was not planned to include from the start lol)

Once we reached our goal and the game is "done", we'll look how well it's received and stuff.
Depending on the support we get, there might be room for expansions and additional enemies and things. But don't bet on it... if there's not enough support, we will simply leave the game "as is".
(and by "as is" I mean the stuff I mentioned before)

As soon as we've got some "minor" things to show, we'll hand the game out to our patrons on Patreon in order to get some early feedback and possibly more support through new patrons that are interested in the game.
(this is kinda a "bonus" to the already existing rewards, no extra reward tier planned for this, I'll cover this topic in a seperate blogpost once the time has come) 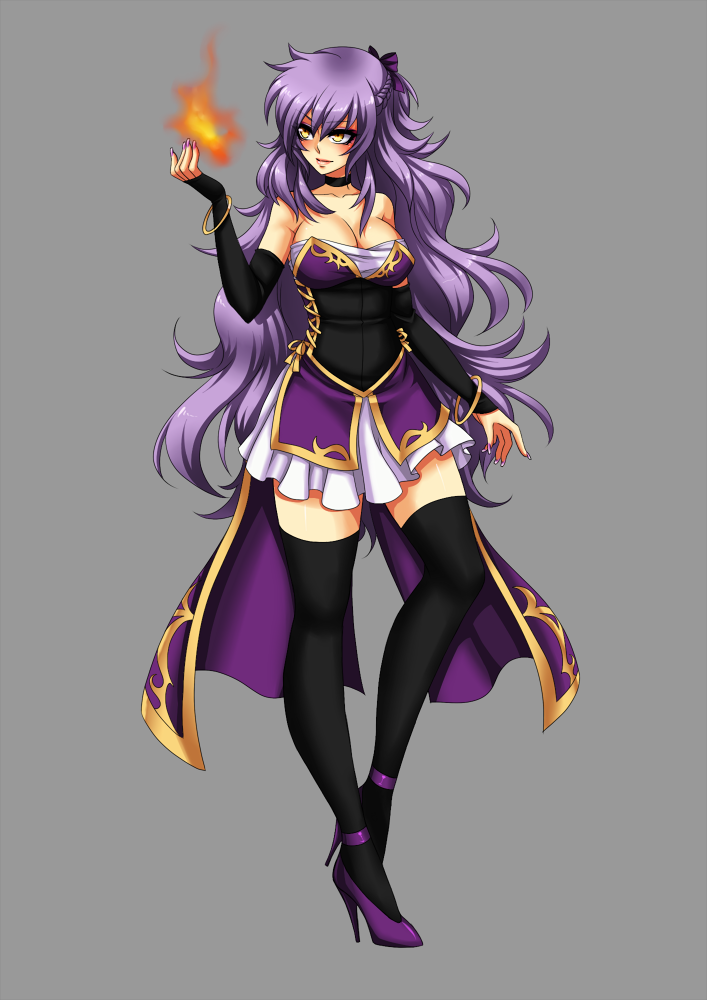 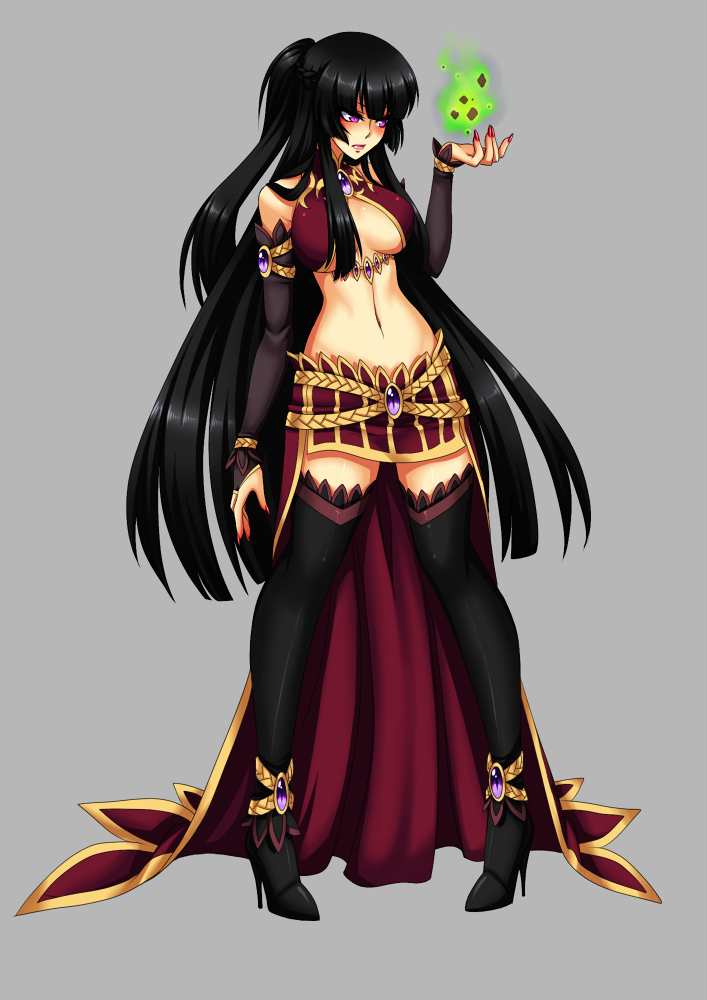 Yep, it's 2 heroines this time.
The purple haired girl is named "Sion Valor" and she already had a brief appearance in our webcomic, the black haired girl is "Medusa Serpentine".
Both are magicians, and yup...
There need to be 2 heroines because of some stuff in the game mechanics that I had in mind.
(plus, other reasons... like... if we do a game with 2 heroines, it might attract more attention than a game with only 1 heroine, like everyone else does... right?)

It's still less work than Ferania, despite having 2 heroines.
Mainly because we don't need to give them different poses for casting different spells.
I mean, they both get their own graphics/sprites!
But they only need ~1-2 poses for casting magic, they don't need a new pose for each spell they cast.
(Ferania has attack combos and stuff... that's a lot more work)


P.S:
Ah yes, work on the new game will start around 1st november.
And yes, we WILL get back to Feranias game later on!
I have no intention of dropping that one, as I really love to make a game with Ferania.
(it's just too big and our funds are pretty much non-existing... and we only invested 2 weeks of work into Feranias game before Cres arm injury happened, so no big loss)
I really think it's better to start off with a small project rather than... well... trying to tackle something as big as the game with Ferania.
Posted by Wolfenstahl at 7:50 PM 8 comments:

But is this really a "problem"?

I don't think so, at least, it's not really a "problem" or that big of a problem in my opinion.

So, what are those origins I'm talking about?

Well, I think nearly everyone has played a "non-hentai" game with a heroine.
Some of those games have enemies that make stupid comments or do something else that implies sexual stuff.
One example would be the game "Bullet Witch", enemies in that game do stupid comments all the time, especially when the heroine is KO-ed, but instead of seeing something, you only see the "game over" screen, and hear some stupid comment from one of the enemies.

And yeah... that's pretty much it.
Those games, that don't show anything (well they are non-hentai games) but instead "imply" that something might happen afterwards are pretty much the origin.
At least that's what I think.

Some people might argue, that there is no "drive" for the player to actually win and succeed... but... there is!
People want to see all the game overs, which means, they have to progress in the game, see new enemies and lose against them. In the end, if you want to see the last animation/scene, you need to face the last boss, and lose to him/her.
Which pretty much means you need to get past all obstacles before the final bossfight.
And yeah... while you're at it, why not beating the final boss once in a while?

I really think, that there's no reason to "fix" anything here.
Some people like the concept behind GoR, others don't.
But that's personal preference, and everyone has a different opinion on nearly everything.

Looking at the whole GoR from this point of view, it's pretty much like some of the "non-hentai" games out there, I mean regular games that are fun to play.
Take that, and add game over scenes to it, so the player sees what happens to the heroine once she fails. That's GoR! That's the idea behind it! That's the reason why it exists in the first place!
No need to fix anything here, it's not broken after all.

I must admit, yeah, looking at it from a game-design standpoint, it's weird to have the player "lose" sometimes on purpose, as there's some "interesting" stuff behind losing (the scenes and animations that come with losing).
But then again, the whole idea, and the roots of GoR are way way deeper.

I mean, it's not that you can "beat" the game by losing all the time.
You actually need to win (defeat the enemy) in order to progress.
So the basic principle of needing to "win" in order to "progress" is still there, right?

Well, that's my opinion on the whole matter, and I know that a lot of people might disagree with me there. But that's life, for every opinion there is, there is at least one other opinion that's opposing.

Anyway, feel free to voice your opinion in the comments below!

P.S:
I'll do a new blogpost about our upcoming stuff in the next couple days.
As I already mentioned on twitter, we'll continue working on games starting 1st november.
Also, the stuff we're up to might have something to do with chapter 1 - page 1 of our webcomic!