The first enemy group we're working on is the catgirl/catboy bandit group.

As bandits they're mainly agile, but have lower HP than the other factions.
Overall you could say that they're the weakest of all the enemies.
But don't underestimate them! 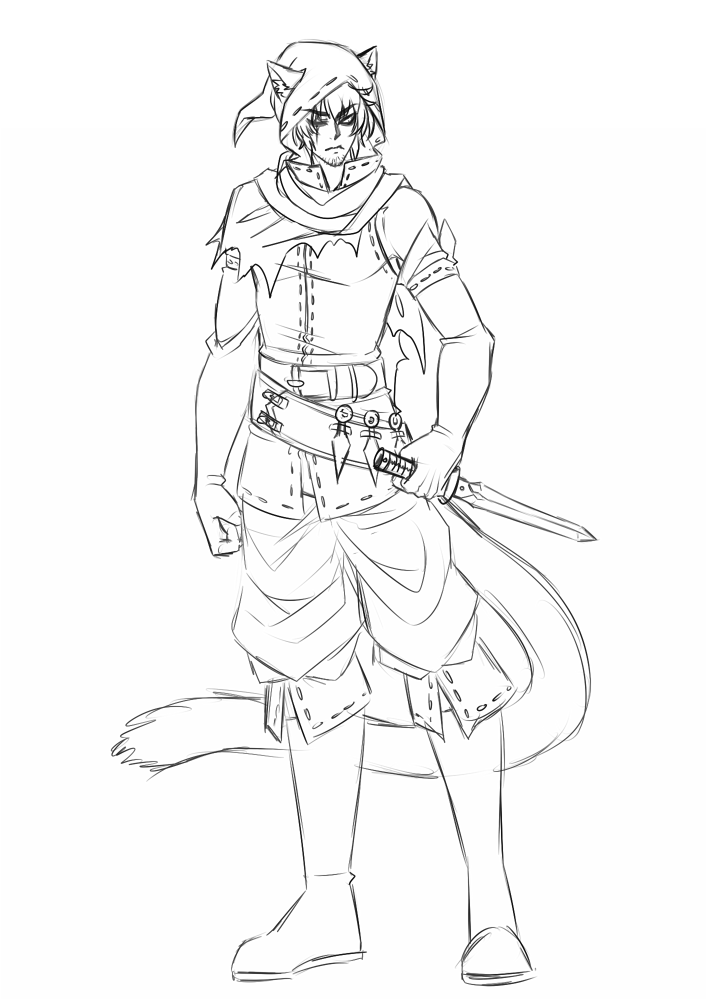 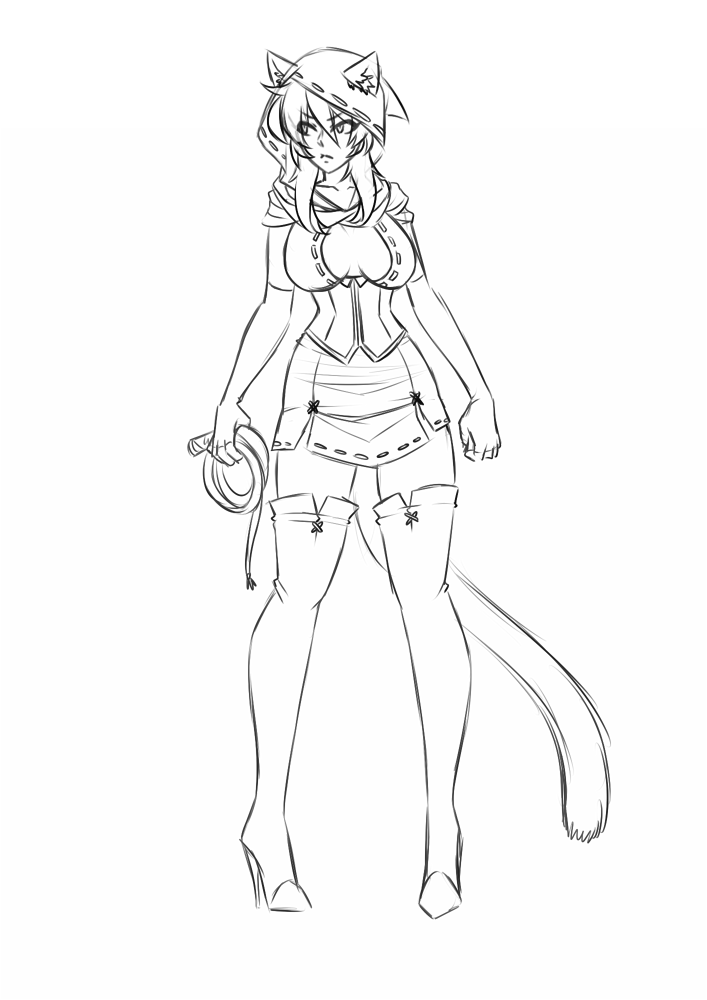 There are 2 types of female bandits, they either have a bow or a whip.
Most likely we're going to swap some colours for the final version, so it's easier to tell them appart.
These are just first pixel graphics, so there might be even more changes.


We've been busy with lots of stuff in the last couple days.
But hopefully we're able to concentrate on the game in the upcoming weeks.
Well, at least we're making progress again!

As always, feel free to ask questions in the comments!


P.S:
I also swapped the "slave traders" out with the "Witch-Hunters" for several reasons.
The Witch-Hunters are part of the webcomics future storyline (they're an important part of the Deathblight world) and there are also gameplay-reasons for including them.

One of the main reasons:
As Witch-Hunters, they mainly have armor and weapons that are effective against magic users.
This makes them basically the most dangerous faction in the game, as the main characters both rely on magic.
And I figured it would be more interesting to have them as enemies, instead of simple slave traders.

Well, they'll get their own blogpost anyway, so I'll stop here.
Posted by Wolfenstahl at 6:25 AM 6 comments:

Lets talk about what's planned for this game!

We will also update it on a regular basis.
Most likely, there will also be a very early demo version made available to the public.
But this "public" demo version won't be updated frequently.
Also our supporters on Patreon will get the full version of the game, once it's done.
(well, they'll get the newest version all the time, but I still thought I should point this out)
And yes, please keep in mind, that those early demo versions are not representative of the final version of the game.

Why we decided to do that?
Well, the two main reasons are:
- more money/funds for the game = more/faster progress
(eventually more additions/bigger games in the future)
- more early feedback = more adjustments can be done in order to (hopefully) create a better game

Ironically, those two things are what we lack most.
So I hope our decision to stick with Patreon fixes that in the long run.


What's planned for the game:


I made some adjustments to the concept, and this is what we currently have in mind.
(yes, we already started working on the game)

We tried something different with the pixel style this time.
I hope you like it!

4 for the factions, 1 for the final boss.
"Maybe" we're adding another faction, but for now we'll leave it as is.
These CG scenes are not animated, but they'll have several pictures per scene and they'll have text (narrative).

I really want to do a rogue-lite game this time around.
So I actually picked parts of the concept of Feranias game (the last game we worked on), and decided to use it on this one.
However, there will be some more platforming, and some actual leveldesign.
Since this is a rogue-lite and not a metroidvania, there will be no backtracking etc.

Sion and Medusa will fight lots of enemies, while using magic spells (and occasionally close combat attacks).
And they'll also need to do some platforming in order to reach the exit of each "area".
I guess it's better to cover all of this in seperate blogposts, using graphics in order to explain stuff.


I'll do more blogposts this month, depending on our progress.
Next blogpost will most likely be about the enemies.
Some concept art and pixel graphics.

And as always, if you've got any questions, feel free to ask in the comments!